5 Ways to Secure Your Business Network 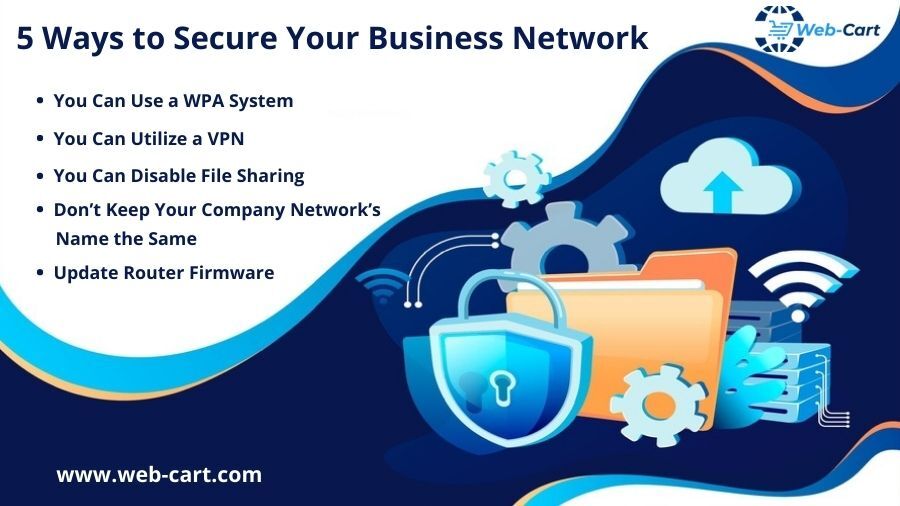 5 Ways to Secure Your Business Network

Many businesses use an exclusive network. In other words, they have a computer system to which only their employees, and possibly some of their clients, have access. The reason they don’t want anyone else to have access is that there is probably proprietary information on that network, like trade secrets and internal emails or other messages regarding ongoing projects. There is also likely employee information on there, like social security numbers, addresses, phone numbers, bank account routing numbers, and more.

There are definitely going to be hackers out there who will try to compromise such a network. They might want to blackmail a company, or they could try to sell employee data on the black market to enable identity theft. They might even want to crash a company’s network because they hold a grudge against that particular business entity.

If you have a company with such a network in place, there are several ways you can guard it. Let us look at a few of those.

You Can Use a WPA System

If you’re looking at ways to secure your business network, you might start by utilizing a WPA setup.

A router is a network device. You can use it to forward data packets between various computer networks. They perform internet traffic directing functions. They are also particularly vulnerable if you have a hacker who’s going after your network. However, you can put a WPA in place. It’s a way you can encrypt your passwords every time one of your employees logs onto your network, regardless of whether they are doing so from a centralized or remote location.

You Can Utilize a VPN

You can also purchase and use a VPN, or a virtual private network. Doing so:

Your typical VPN will also have what amounts to a kill switch. It is a built-in feature that will disconnect any hardware from your network if you lose a protected connection.  This keeps you safe from any unexpected data leakage. If you have a VPN in place, your workers can securely use Wi-Fi when they are out and about or even on business trips. They can access your company’s sensitive data without ever compromising it.

You Can Disable File Sharing

You should also only allow file sharing to take place on file servers. What you don’t want to let occur is for your employees to share files on all devices that you’ve connected to your Wi-Fi network. This is how you prevent all others who might be using that Wi-Fi connection from seeing the files that are passing through it. Those files might contain sensitive data, and without file-sharing capabilities, you’ll maintain much stricter security measures.

This is one of the steps that even the most security-conscious companies sometimes forget because it never occurs to them. You want to change your company’s network name rather than keeping the one your network provider assigned you when you signed up with them. Why, you ask? It’s because the name almost always contains the router model number in it. This is a security flaw. Other internet users, particularly malicious perpetrators who want access, will have no trouble finding the needed documentation to hack in once they have that router model number. Leaving that number in brings them one major step closer to hacking you. Remove that number and rename the network something innocuous that reveals nothing about the system you’re running.

Your router is vulnerable for another reason besides the necessary password encryption. Even if you have that in place, you still need to check it periodically to see if the firmware needs an update. If you have old firmware, that does not necessarily mean that a hacker will get in that way. The issue is that the older the firmware is, the more time hackers have to find its weaknesses. When installing a firmware update, it shores up potential vulnerabilities that the manufacturer has found since they came out with the last version. A small business owner might feel like these updates are not worth the effort. When a hacker crashes your network because you didn’t bother updating, you might feel differently pretty quickly. You should reinstall the firmware at least once per year to get rid of any bugs, but every six months is better.