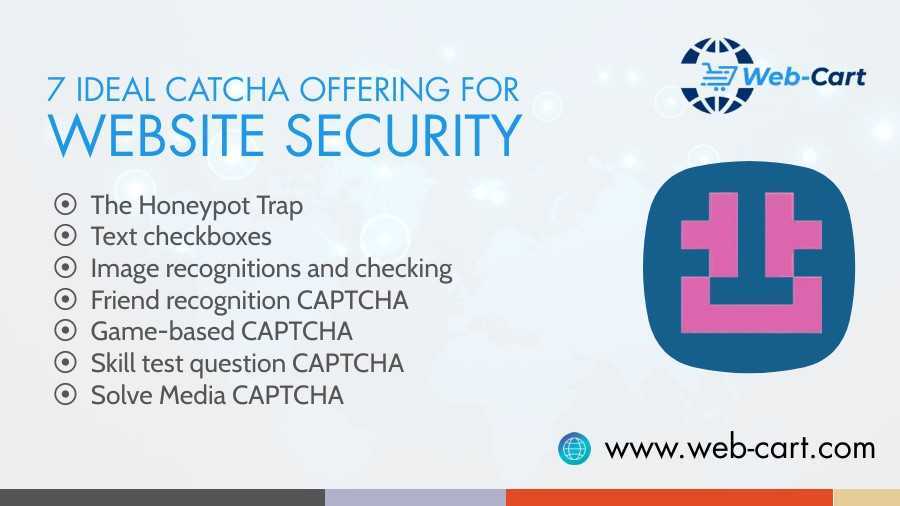 CAPTCHA first came into existence in 1997 when spamming was becoming a nuisance to network and application admins. It’s since become a most sought-after authentication procedure, yet the most nagging to some browsers. According to a study on CAPTCHA at Stamford University, humans achieve an 85% success rate when it comes to using CAPTCHA, which for a fact, is pretty low. The reason is, the use of this authentication process somewhat retards their way into websites. Nevertheless, it’s an amicable but rigorous way of dealing with spammers that have flooded the internet in their numerous forms recently.

CAPTCHA – the Completely Automated Public Turing test to tell Computers and Humans Apart – has various iterations that offer a wide array of use on websites or services that need protection from bots. Especially so, it keeps the bad bots away, denying them entry into networks and applications that could otherwise compromise essential web assets. The CAPTCHA options that offer flexibility in choice for authentication include generic questioning, gamification, checkboxes, and honeypot traps. Here are the various CAPTCHA options offering stern security that are commonplace today.

The honeypot is a coding method that decoys spambots to fill JavaScript or CSS forms, which sells them out. Web developers place these forms in a way that humans don’t need to fill before gaining entry into a web network, application, or website as they’re technically undetectable. Besides, their developers code them in a way that the valuable bots can spot and skip. However, since spambots don’t have this prowess, they fill them out and submit, which exposes them before bot management softwares kicks them out.

Quite subtly, it’s the most effective CAPTCHA option as it works differently from others, giving them the edge over protecting websites. Besides, it is the least in causing bounce rates which complement security by enabling more significant site conversions.

Checkboxes are the simplest CAPTCHA options to keep away spambots and maintain safety in a website, network, or application. Developers usually place a radio button before or after a text showing the clear intent of prompting web visitors to check them. The text placed is generally simple and quite succinctly explains why it’s necessary to take that action. Some websites go the distance of placing a noticeable URL backlink redirecting users to a page that tries to further explain the reasons for that action.

Some sites opt not to reveal to their users that they’re actually in a security test and instead put statements only asking them to check the box before accessing the site. That works out well as it obliterates the thoughts that a site assumes ill intent in them.

Image recognition CAPTCHA is typically random and visual. Since spambots don’t have the intellectual capacity to figure out graphical images, it often successfully locks them out of websites, networks, and applications. Traditionally, this CAPTCHA option asked users to check the boxes with specified objects in the recent past. But nowadays, they’ve resorted to segmenting a single object, which makes it hard for bots to figure out. The flipside is that they’re sometimes indiscernible to some people, forcing them to deflect, which affects conversion rates. In addition, they aren’t an ideal option for visually impaired people since it can almost be impossible to point out the images, especially if they’re so segmented.

The advent of social media has tagged along with a more creative yet effective CAPTCHA option – friend recognition CAPTCHA. It’s a form of social authentication that came along with Facebook in 2011 and involved scanning user profiles and using friends’ images to allow access. It’s proven effective over the years. However, grave concerns and controversy surround this CAPTCHA option regarding social privacy and how social media sites use these images.

This social authentication concept has evolved since then, requiring users to use their existing social media accounts to access websites’ premium services, known as social log-in. That makes them overly effective in locking out spambots and denying them access to a website’s assets.

This authentication method incorporates fun, obliterating the monotonous CAPTCHA culture of having to abide by checking countless boxes every time. The only downside is that it slows users into getting websites, but those who ride with the fun may appreciate it. It is associated with subtle games that are usually simple to complete, including stitching one or two parts to form a car or house. Some brands capitalize on such CAPTCHAs to advertise their brands by asking people to put together different parts of their logos which is pretty much witty.

Game-based CAPTCHAS have become commonplace in most gaming sites as they’re entirely relevant and resonate with them. However, the problem arises in uncontextualized use, where for instance, a financial assistance company asks their users to complete a gaming challenge, flipping the whole idea over.

This CAPTCHA option is among the standard forms, given that a majority of internet users are at least able to answer a third-grade arithmetic question quite simply. These questions are usually straightforward for humans but an uphill task for spambots to provide solutions to. Although spammers are leveling up with their technique to develop more intuitive spambots, they still haven’t waged any closer into making them as intelligent as humans. Skill test questions can also be in simple statement questions that present a general understanding or ask about something that numerous people are familiar with. Some versions may ask about the color of the sky or snow, whose answers are pretty obvious.

This CAPTCHA is specific to the Solve Media Company and incorporates advertisement into authentication procedures. It’s a suitable and whittier way of protecting websites from spambots and still monetizes the process. Sites and companies display ads while quoting specific phrases, say, slogans and catchphrases, which they ask users to write inside the spaces provided inboxes. Publishers and sites that affiliate with Solve Media or other companies alike share a percentage in earnings from ad revenues, making it a more versatile way of maintaining safer websites.

The advent of internet technology has been a blessing for humanity, especially in digitization and connecting the numerous facets of life. However, it has tagged along with severe cyber security concerns, including the threat that botnets pose. Luckily, with the focused attention given to enhancing online security, it’s brought up more workable ways of tightening the bolts even further. CAPTCHA now carries more meaning than before, protecting millions of websites from the threat posed by unrelenting spambots that are becoming more sophisticated by the day.

« How can plagiarism affect your digital identity & brand reputation?
What Are The Top 9 Marketing Mistakes Startups Make? »