The Most Amazing Secrets To Funding A Successful Startup 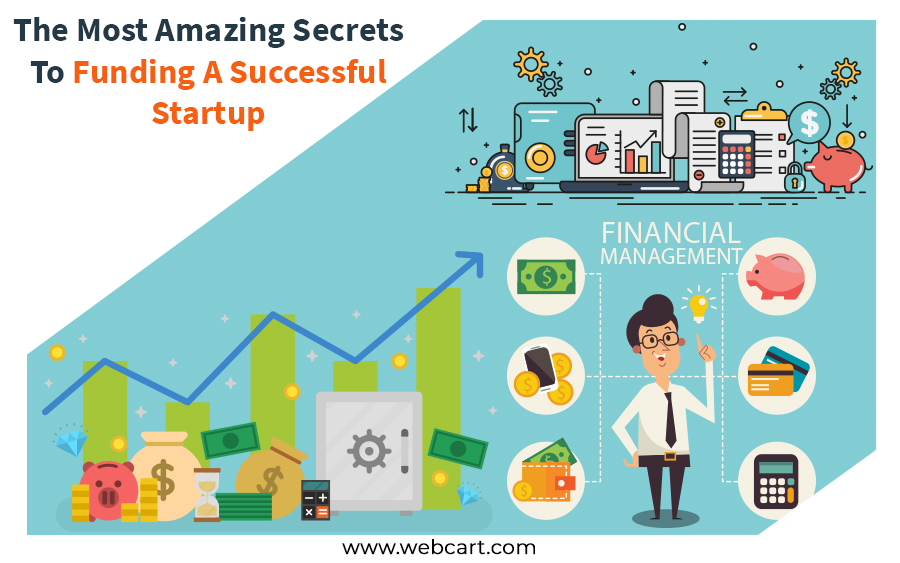 The Most Amazing Secrets To Funding A Successful Startup

There is no doubt in the fact that most startups fail due to lack of funding. Usually, almost all startups initially start their business using business loans. This is because these loans have higher revenue and a better survival rate as compared to personal loans or equity. However, dealing with the funding aspect is not the only concern of the startups which by it can be both stressful and satisfying.

Apart from choosing the right source for funding their business, the startups must also raise enough funds to sustain and survive through the initial stages of the business. That means they will have to determine the type of funding to take and also the amount to apply for.

Ideally, it is found through research that startups that are funded by a business loan tend to have a better chance of survival and in most of the times, they outperform the others that use personal loans or take no loans at all.

It is also seen that comparatively, there are only a few businesses that rely only on equity financing from their owners.

According to a survey conducted on the startups, it was found that:

The type of debt matters for a business startup and these research details. And financing details are very helpful in that matter.

Research shows that there is a distinct connection between the use of the loaned amount and venture success.

As far as the debate between business loans is more helpful than personal debt. There seems to be no specific answer and there are several likely and good reasons for that such as:

All these situations mean that the stronger startups will only be able to qualify to get a business loan. It also means that the owners of less-promising startups will instead rely on personal loans to fund their business.

This is another possible factor that influences the decision of whether or not to grant a business loan to a startup. Banks usually tend to monitor the performance of the firm very closely with intent to increase repayment odds. In case of any warning signs noticed in it they usually alert the business owners.

Considering the equity side, there are several researches that indicate that business loans help startups to raise venture capital. This is because these loans help them to raise their valuations at initial public offerings of their shares if it is underwritten by the banks.

Firms that miss out

There are several firms that miss out unfortunately on these benefits. It is primarily due to the borrowing decisions of these small startup firms. Studies show that some small firms do not want to take on any loan at all. There are a few that applied but their application was declined and a very few actually got them.

Interestingly the study shows that about one-quarter of the firms that could have done well with proper funding did not even apply for a loan. The primary reason for such reluctance is that they were discouraged by the application and the entire loading process. Few were even prejudiced and thought the banks would never like their business plan and will turn them down and therefore they did not apply.

However, after further analysis, it showed that about a third of the discouraged startups were likely to have qualified for the loans that they may have applied.

All these results have serious implications for entrepreneurs.

First, even if a business does not need any loan to survive. It might prove to be beneficial for them as the extra cash could have helped them to grow faster.

Second, if a startup decides to take on a loan they should not stick with easier-to-get personal loans or have their credit cards maxed-out. No matter how much extra effort is required, they must always strive to obtain a business loan.

« Responsive Design, What Is It And Why Should I Care?
Explore the Warning Signs that Demonstrate the Presence of Overpowering Credit Card Debt for Your E-Commerce Business »